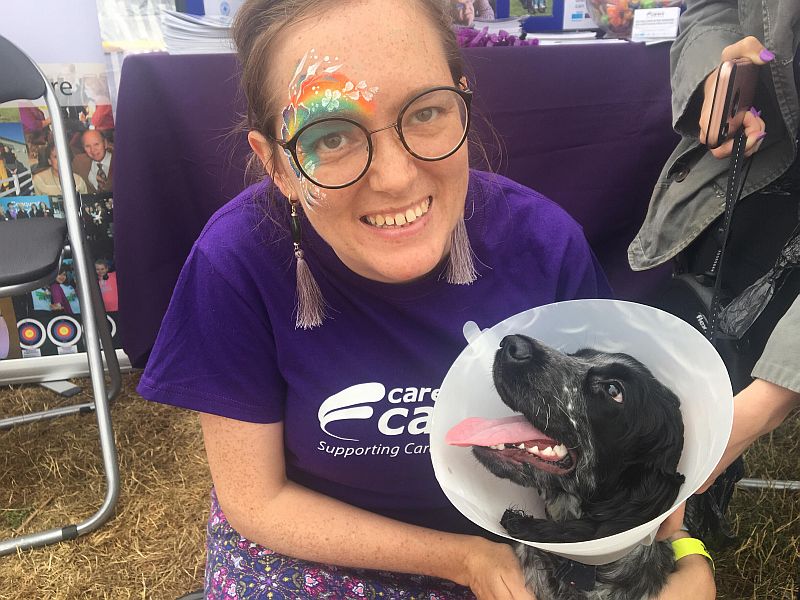 Care for the Carers’ fundraising manager, Amy Hope, has been selected for Fundraising Magazine’s 25 Under 35 List, achieving national recognition for her fundraising work.

The List aims to shine a light on young fundraisers, aged 35 years or under, that have demonstrated outstanding commitment for their work and raised vital funds for their organisations. Read all about Amy’s fundraising and the List here.

Amy’s interest in charity started as a teenager, volunteering for a youth organisation before going on to complete a Master’s degree in voluntary action management. At Care for the Carers, where Amy has worked for almost three years, she has increased fundraising income by 82% in 2019 and led on fundraising activity for the charity’s 30th anniversary, including launching its first raffle. She has maintained her interest in volunteering, devoting time to advising for The Foundation for Social Improvement and being a board member of Devonshire West Big Local.

Amy says, “I am delighted to be selected. It is great to be able to represent fundraising for smaller charities, and to be recognised for my work with unpaid carers. I am passionate about supporting the cause, and work with a wonderfully talented group of colleagues who deliver amazing support to carers in difficult circumstances; support that is needed now more than ever in this current pandemic.”

Jennifer Twist, CEO, Care for the Carers, says, “Fundraising is crucial to Care for the Carers being able to make a difference to the lives of unpaid carers, and without the help of our supporters so much of our work would not be possible. We are delighted that Amy has been chosen for the Fundraising Magazine’s 25 Under 35 List. It’s great that her enthusiasm and commitment to carers in East Sussex is being recognised in this way.”

Amy, who lives in Eastbourne, is one of 25 fundraisers selected from 109 nominations from all types and sizes of charities and working in all fundraising areas. She is also one of four people to be placed on the List from small charities with an income up to £1 million. As a professional fundraiser, Amy has worked for national organisations such as Barnardo’s, where she increased trust income in one geographical region by over 85%, and Childhood First where she helped to double trust income two years in a row. She also led on fundraising for a capital appeal during her time at Centre 404 which raised £1.2m.

Nominations were judged by a panel of experts from the charity and non-profit sector.