Towards the end of 2018, 113 of you completed our annual Carers survey. As promised, here we reveal the findings.

We asked you to share your opinions and experiences about your caring role, how Care for the Carers supports you, and how we can adjust our services to support you better.

The 2018 annual survey was issued in the Winter 2018 edition of CareLine magazine and also made available online for two months until 31st December 2018.

The survey received 113 responses, including 94 online responses and 19 responses via the CareLine magazine survey.

Carers were encouraged to complete the survey and enter a prize draw – the lucky winner of the £50 Argos voucher prize draw, kindly donated by Sainsbury’s in The Beacon, Eastbourne, is Paul Tandy-Gates, of Hailsham, East Sussex.

Care for the Carers’ Director of Services, Jo Egan, outlined some of the findings from the survey at our Carers’ Forum in Eastbourne, on 20 February 2019. Here’s a summary breakdown of the survey 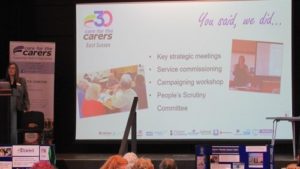 Information and Advice from Care for the Carers…

I feel that Care for the Carers…

Other findings from the survey revealed that the majority of carers who responded either often or sometimes feel alone or isolated, and more than half report feeling stressed a lot.

I have lost my confidence and don’t know how to get back into work.

Just over 41% respondents say their physical health is often worse as a result of being a carer, and that their own wellbeing has been affected.

Unsurprisingly, we also found that problems with finances and carers’ ability to work have affected the majority of carers, too.

Caring role is mentally and emotionally pre-occupying,and takes up your time.

Carers’ hopes for the future

In addition to an increase in funding for carers’ respite and financial aid, carers responded to the question Can you suggest any support or service that would help you that is not currently available?.

We also received feedback that clearer signposting would be useful about where it’s possible to use the East Sussex Carers Card. You can download a list below:

Feedback about CareLine magazine included that most carers find the publication useful, with many of you really valuing the inclusion of contact information for local carer organisations, and Carers Card information, in particular.

We hope to take action on all of the comments received over the course of the coming year if we’re able, and we’ll keep you posted as to our progress.

In the meantime, if you have any further feedback we’d love to hear from you. Get in contact.

* Findings – where questions were unanswered, these have been excluded from the percentage calculations. 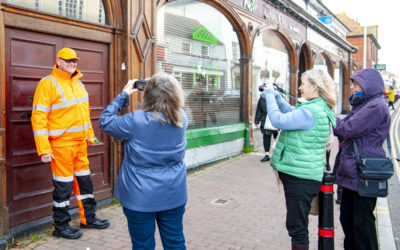 Care for the Carers are inviting carers in East Sussex to take part in photography workshops in August and September 2021. Beginner, intermediate and experienced photographers are all welcome. The...

END_OF_DOCUMENT_TOKEN_TO_BE_REPLACED 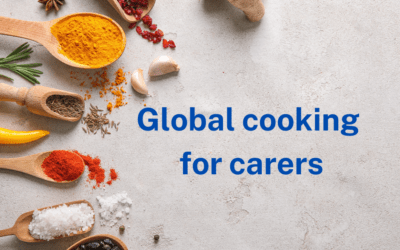 East Sussex carers can join a free, hands-on cookery course featuring food from around the world, cooking with Community Chef, Robin Van Creveld. You will learn how to prepare delicious and...

END_OF_DOCUMENT_TOKEN_TO_BE_REPLACED 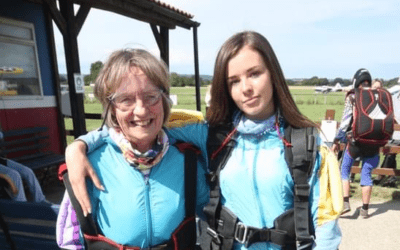 Congratulations and thank you to the fearless Babs and her granddaughter Hazel, who both completed skydives and raised over £500 for Care for the Carers! They jumped over 12,000ft from a plane in a...