Our Trustees are responsible for the overall control and strategic direction of Care for the Carers. They make sure we have a clear strategy, remain true to our vision, and that we comply with all necessary rules and legal obligations. As Care for the Carers is both a Registered Charity and a Company Limited by Guarantee, the Trustees are also the organisation’s Directors. They meet regularly to discuss, decide and review our strategies and policies and receive reports and updates from senior managers and the team.

The majority of the Board have been, or are, carers. We are a membership organisation, and most of our Members are current or former carers. The Board is elected by our Members, and informed by their views. Our Trustees work with us as volunteers and are committed to Care for the Carers doing all we can to ensure no one is left to care alone.

Neil joined Care for the Carers Board in 2020, moving into the role of Chair in May 2021. Neil is Director for Experience, Participation and Equalities at NHS England. He is senior responsible officer and chairs NHS England’s Commitments to Carers Oversight Board. Neil joined NHS England in 2013 after a 25 year career in the voluntary sector at organisations including Barnardo’s, Age Concern, Crisis and Asthma UK where he was CEO. Neil has extensive experience as a charity trustee, including at organisations like Crisis, Alone in London, Cardboard Citizens, Age Concern Scotland, Age Concern Cymru, Age Concern Northern Ireland and Tavistock Relationships. As well as a trustee for Care for the Carers, Neil is a member of the Strategy Board for the Beryl Institute, a trustee for Future Care Capital and a member of Cambridge University’s Remuneration Committee. He was awarded an OBE in 2018 for services to carers and the voluntary sector, brings lived experience of caring and lives in Forest Row.

Jake joined the Board on 4th February 2020 and stepped into the role of Vice Chair in May 2021. Jake has held a range of roles in his career, ranging from Electrical Engineering, Project Management to developing and creating step changes within a company of over 6500 employees. He brings a diverse range of skills, including strong management, leadership and strategic business change. Jake is passionate about helping to progress charities for the benefit of society, and keen to give back to the community, and has a particular interest in whole family and youth work. 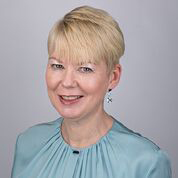 Sue Lilja was appointed to the Board in 2019, taking on the role as Treasurer in May 2021.  Susan has 40 years of experience in finance and risk management, gained in retail and investment banking. During her investment banking career at JP Morgan, Susan had the opportunity to carry out due diligence on many different types of businesses in many European countries.  She qualified as an associate of the Chartered Institute of Bankers and the Institute of Chartered Secretaries and Administrators.  Since retiring, Susan has volunteered with other three charities. 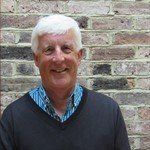 Chris Raper joined Care for the Carers Board in September 2016. He became Treasurer in late 2016, then took on the role of Chair in September 2018. Chris has recently stepped down from the role of Chair to focus on his other commitments. Chris began his career in industry, later heading up the finance functions of medium to large organisations, including subsidiaries of major companies such as Glaxo. Over the last few years, he has served as Chair of the Institute of Directors for Sussex and of a local golf club, and has acted as a mentor for directors of start-up companies. Chris brings broad business experience to the Board, particularly in finance, the raising of funds, strategy, governance and organisational development.

Alan Botterill joined Care for the Carers Board in September 2015, being co-opted to the Board for 12 months to support its development and growth, and was voted onto the Board by our Members in 2016. Alan has a wealth of experience in management and governance within Business and the Third Sector, including trustee roles at Carers Trust – Epping Forest, Harlow, Havering and Redbridge; NatCen Social Research – a major social research charity; YMCA – Trustee of pension scheme and member of investment committee; YMCA World Alliance – trust fund based in Geneva – member of Investment Committee. He is currently a volunteer mentor within the Carers Trust ‘Advance’ Mentor Programme, acting as a mentor to two separate Carers Trust Network Partner CEOs. Alan is an actuary and has served the profession as a volunteer over many years, including as a member of the Council of the Faculty of Actuaries in Scotland.

Polly joined the Board in 2019. She worked as a BBC News journalist for nearly 20 years and was the anchor of the evening news programme BBC South East Today for the best part of a decade. Prior to that, she worked as a reporter covering stories across Sussex and Kent. Polly has experience of long term caring within her family and towards the end of her time with the BBC she also worked as a Social Affairs Correspondent reflecting her concern about the fair treatment of everyone in society including carers. She is currently the Head of Communications & Digital for a charity called The Access Project which supports young people from disadvantaged backgrounds to get into top universities. She is responsible for communications strategy and external relations.

Apply to be a Trustee

Read more about our trustees

Find out what Mandy finds so rewarding about being a Trustee

Read about Jenny’s experience as Chair of Trustees